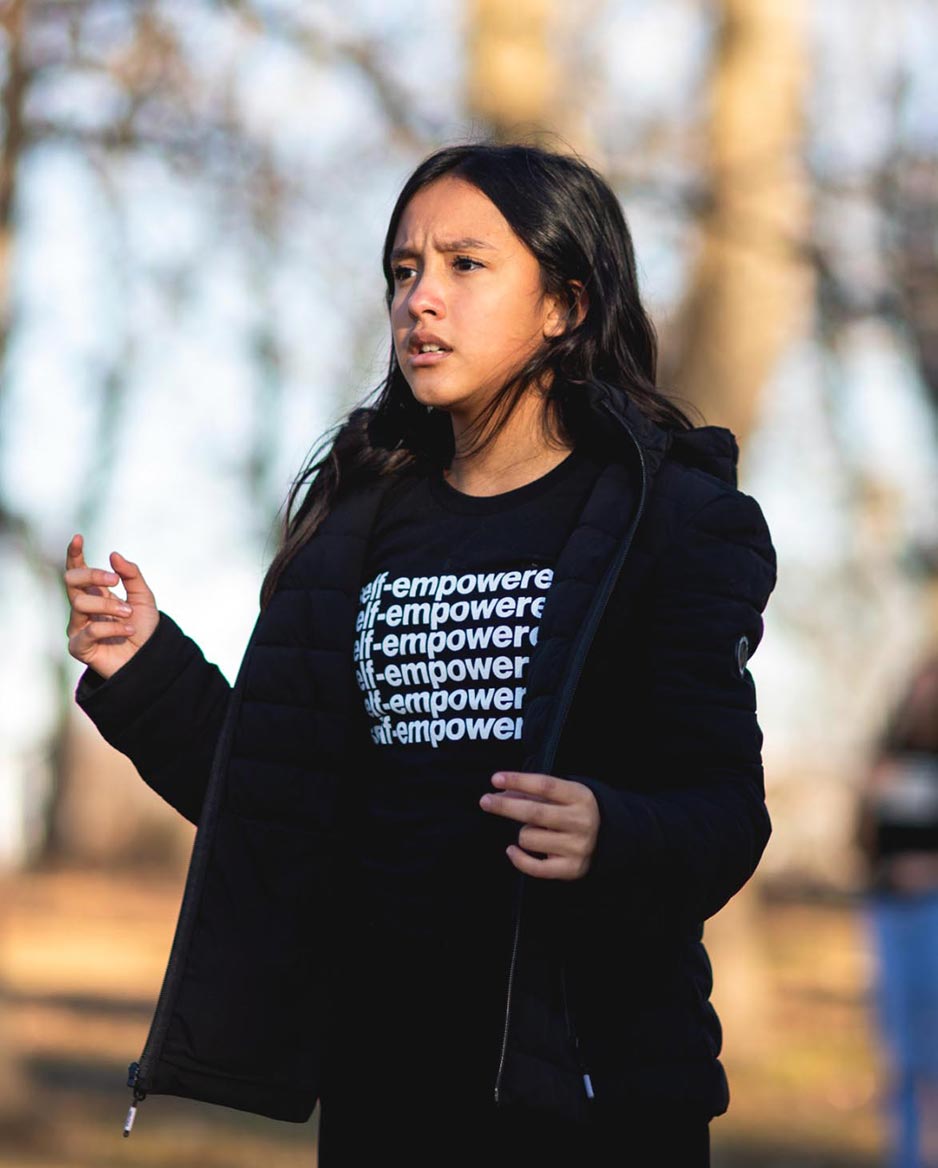 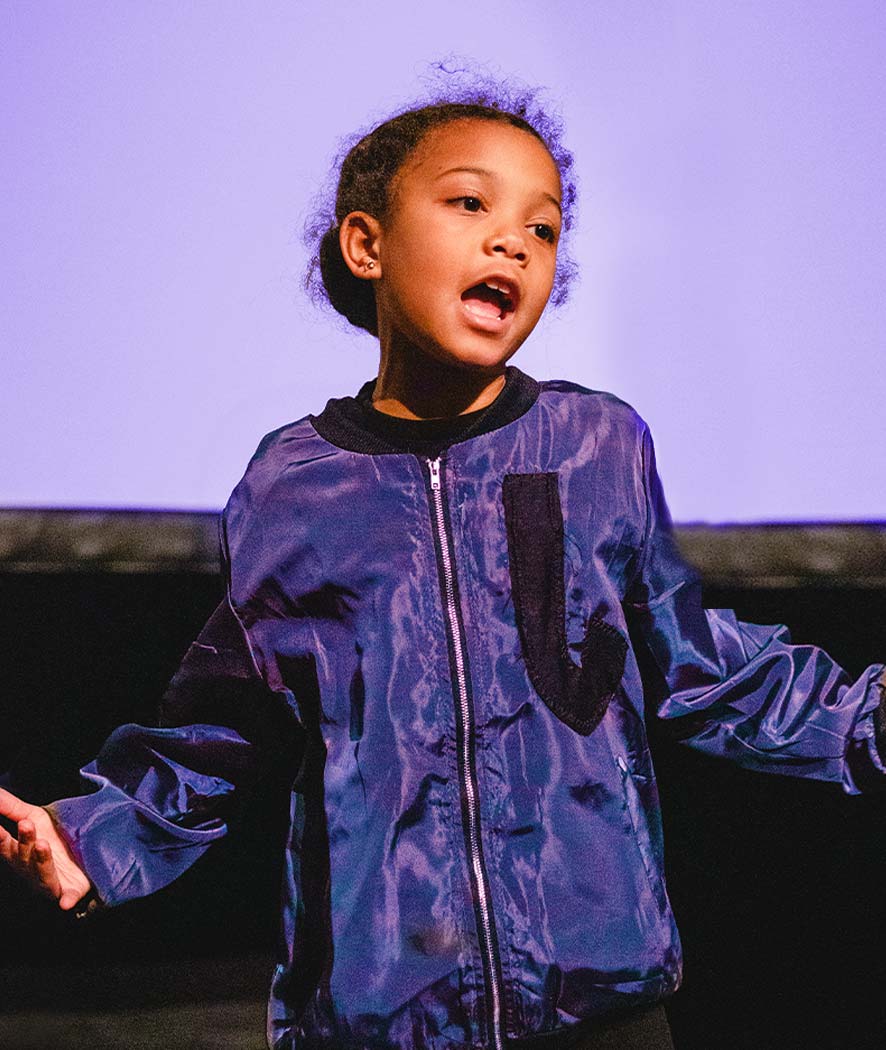 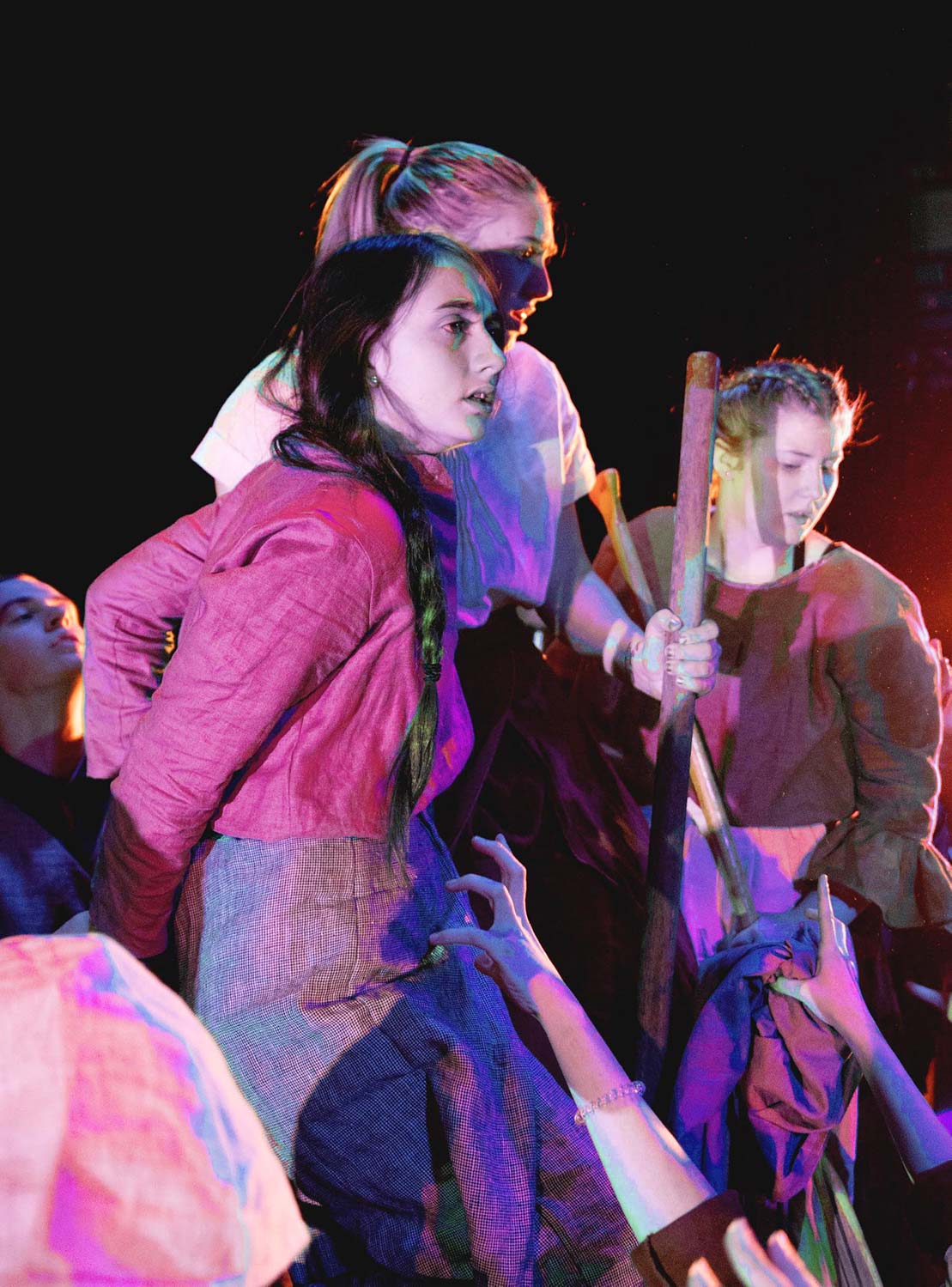 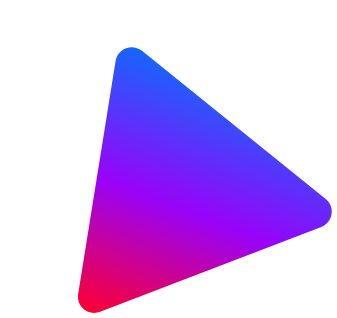 HALF of ACTINg
is
REACT
ing

Charlotte Kaufman
FOUNDER, 1976
React was founded in 1976 as a traditional youth theatre, a place for kids to learn the basics of stage technique in a close-knit environment.
A lot has changed since then, but our goal remains close to the original: to use theatre education as a way to create a place for every kid to shine, on stage and beyond the stage. Here’s how we shape that space.
Mission 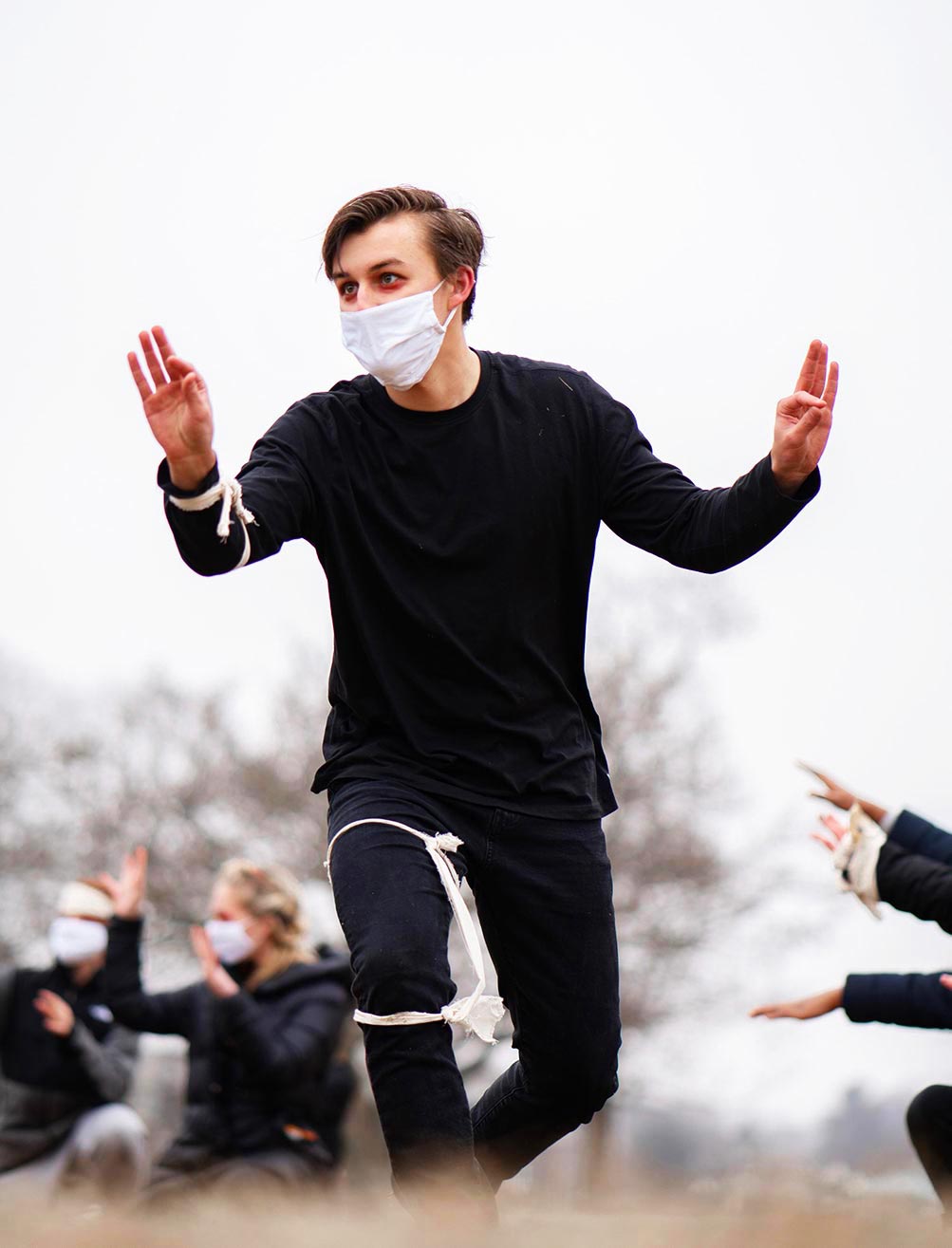 our mission
To create original theatre with youth that

s to social issues of the world.
Every React show is created from the ground up by students, along with their director. Because we bring in ideas and stories from everybody in the group, we can make plays that matter– to the people onstage, to the people behind the scenes, and to the people in the audience. The result is meaningful, fun, creative work that sticks. 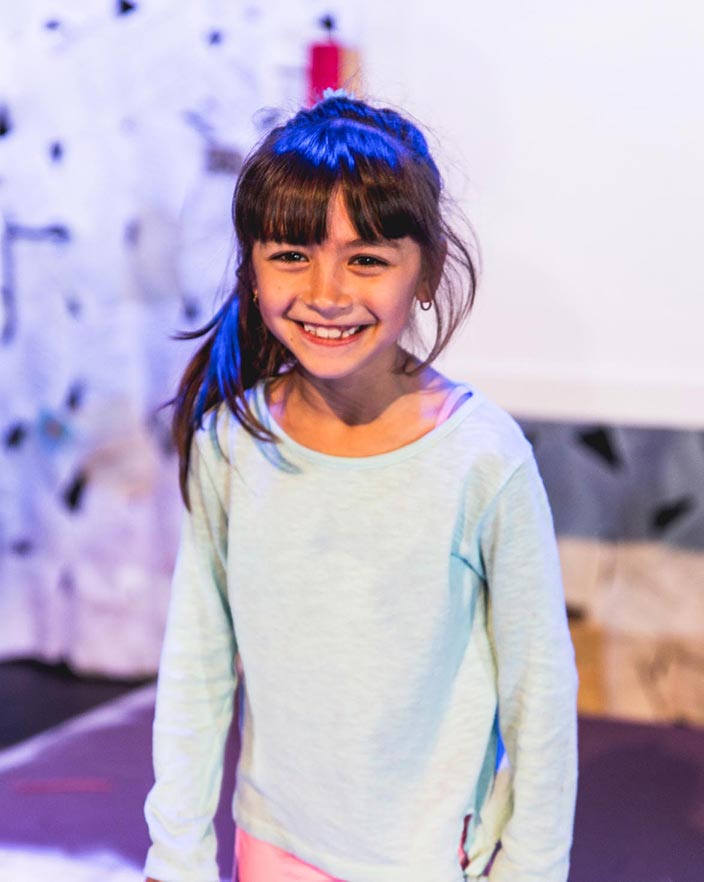 The vision
To build a more   empowered and empathetic world through theatre. 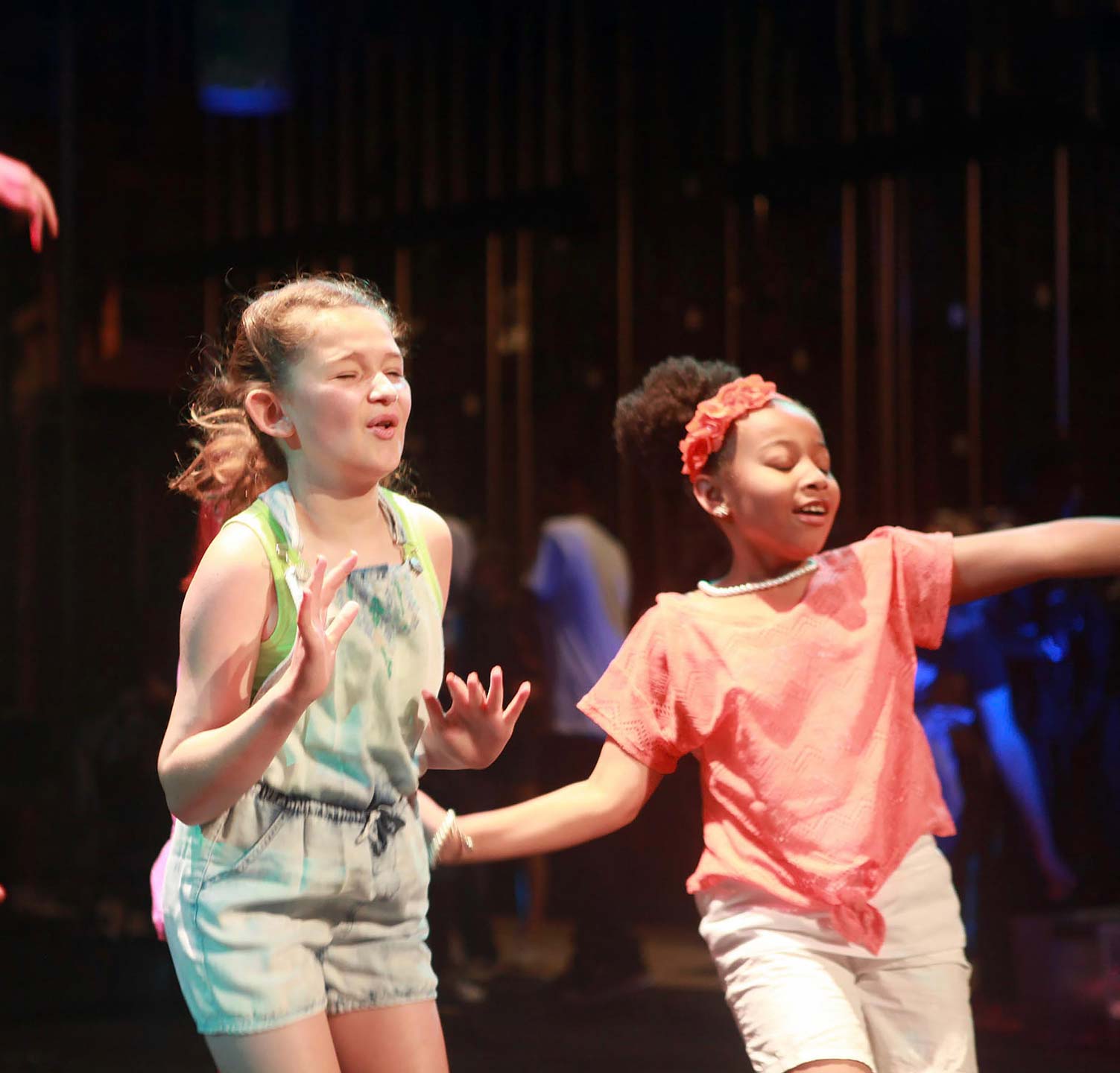 When students are empowered to share their ideas, build collaborative stories, and perform with their peers, that experience stays with them long after they take their final bow. And whether a student chooses to pursue a career in theatre or in anything else, the skills they build onstage can help them tackle whatever comes their way.
Swipe
1976
For Over 45 years
Charlotte Kaufman founded a children’s theatre built on her own experiences as an actress in New York City. Young Actors Theatre put on traditional scripted plays with school-age youth to the tune of three shows a year. This tight-knit group was an unsung force in the heart of Indy, focused on classic theatre traditions.
2005
TAKINg THE REInS
Those theatre traditions were instilled early on in Justin Wade, a longtime student, assistant director, and teacher at Charlotte’s side. In 2005, Justin took over as Executive Artistic Director-- an unpaid position at the time. As Charlotte always said, “theatre is a labor of love.” So we got to work.
2007-2014
SUBSTANTIAL GRowTH
Over the next years, Young Actors Theatre transformed from an all-volunteer organization to a team that received funding from every major foundation in Indianapolis. The program grew exponentially year after year, and went from serving 60 students a year to thousands, onstage and in the audience.
2014
Introduction to DEVISINg
Our directors started to bring their favorite world-class theatre trends– physical theatre, devising, ensemble theatre– into their classrooms. We found that not only could our casts handle this new style: they loved it. In 2014, we pivoted away from scripted plays and into original works created by youth, for youth.
2015-
SOcIAL ISSUES PRoDUCTIoNS
As we began to create original plays, we used theatre to explore social issues that affect kids everywhere. We developed a social-issues troupe, The Court, to build these shows and bring them to the public. The Court was a massively popular program that developed plays about bullying, technology, body image, drug abuse, and more.
2020
LOVE oVER DOSE
After a few years of creating shows for schools and organizations across Indiana, we were ready to step it up. We took everything we learned from our time building social-issues theatre to tackle our biggest project to date. Love Over Dose was a multi-year project devised by high schoolers to explore Indiana’s opioid epidemic.
2021
THE REACT CAMPUS
Using the lessons we’ve learned from 1976 to now, Young Actors Theatre is rebranding as React. Our team is as dynamic as ever, and works every day to build original plays inspired by social issues with Indy’s K-12th grade youth. 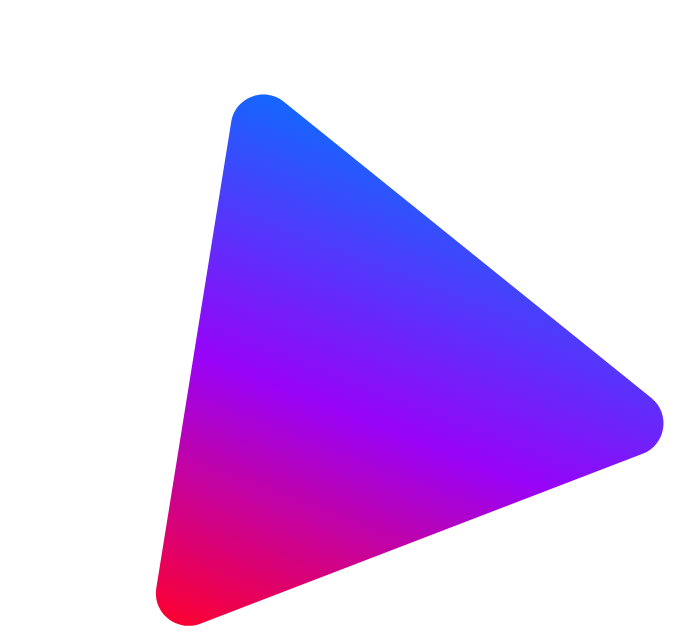 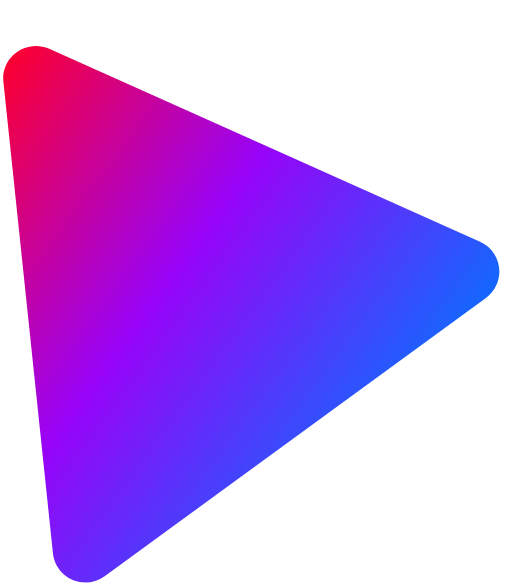 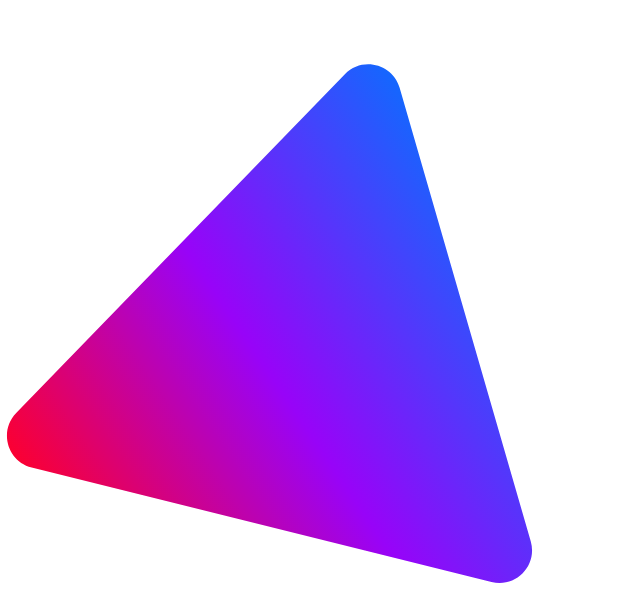 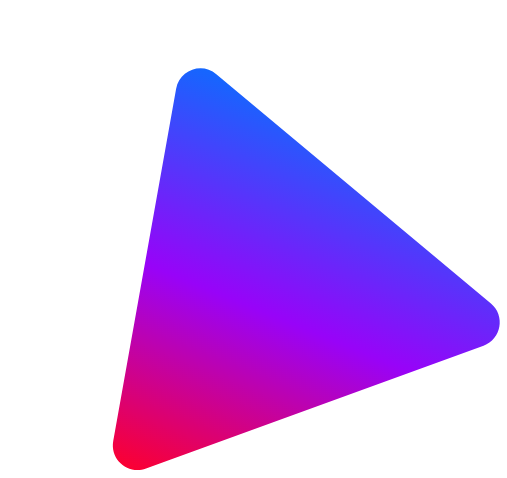 the people behind react

Justin Wade has served as the Executive Director of React since 2005 after years of studying and creating alongside React's original founder, Charlotte Kaufmann. Since taking over the company, Justin has produced over 400 youth productions featuring K-12th graders, and he has revolutionized the way React tells stories– as well as the stories we tell. With a team of dedicated artists and educators, Justin developed Self-Empowerment Theatre, the guiding force behind React's theatre education methodology.

Justin considers himself an educator first and foremost, and has spent over 20,000 hours in the classroom teaching and learning theatre education. This doesn’t keep him from being an extremely effective leader. Under Justin’s direction, React has increased its operating budget by over 40 times and has gone from serving about 60 students every year to reaching over 1,500 students this past year. He has clarified the mission, methods, and core values of React, allowing us to measure our success more clearly. In 2018, he participated in the prestigious Stanley K. Lacy Executive Leadership Series and is deeply dedicated to addressing the issues that drive Indiana, opening up each conversation to adults and youth alike. Justin has overseen every restructuring of React's programs, leading to the model you see outlined in our website. Justin uses theatre as a conversation starter to help Indianapolis youth and all citizens consider all the angles on issues like anxiety, the pressures of social media, violence, and the opioid crisis. He envisions, and is working toward, an Indianapolis full of empathetic individuals and effective collaborators, building our own story as a creative and inclusive community.

Justin invites you to read more about his personal story of overcoming heroin addiction, and to hear him speak at TEDxIndianapolis on the topic of theatre as a powerful disruptor in education. 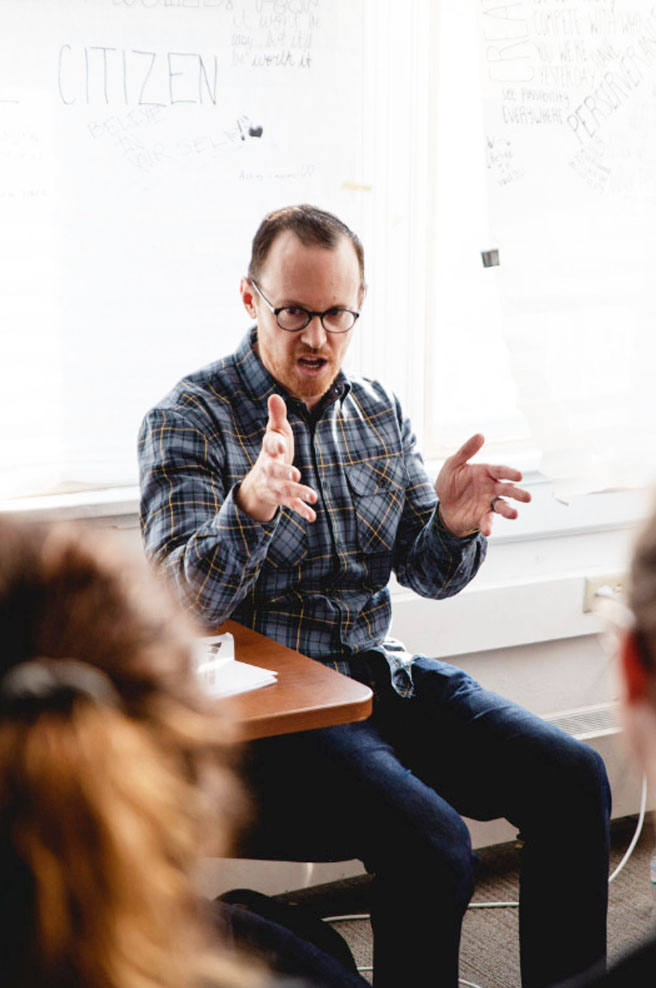 Georgeanna (or Janna, as you'll often hear it) is React's Artistic Director. Over her 10-year career at React, she has had a huge impact in shaping the way we create theatre. She created and implemented The Court, a social-issues troupe that performed all over the state. She has been the Artistic Director since 2017, where she manages the day to day operations and artistic programming. A cum laude with high honors graduate of the Jordan College of the Arts at Butler University and the Phoenix Theatre’s Meisner Training Program, Janna's passion for unique theatre has been a guiding force on the company's mission and vision.

She is the former Executive Artistic Director of the award-winning organization NoExit Performance, which NUVO has called “Indianapolis’ most adventurous theatre group.” When Georgeanna took the helm of NoExit, the company grew from two members to nine, increased the annual operating budget from $5,000 to $50,000, began producing full seasons, and boasted some of the most critically acclaimed of any performance group in Indianapolis. She is also a co-founder of Summit Performance Indianapolis, Indy’s first professional women focused theatre company. She recently became the Executive Director of NoExit and continues to work as a freelance actress and playwright throughout the city.

She was named one of IndyStar's Top 15 to watch in 2015, as well as being named as on of 2013’s “Most Compelling Performance Artists” by The Examiner. She was a recipient of the Indiana Arts Commission’s Arts in the Park grant in 2016. She received numerous collegiate awards and studied in St. Petersburg, Russia, with internationally renowned director Alexander Anisimov. She was formerly a lead actor/interpreter at the Children's Museum. She has studied with Brian Bedford, Dan Kamin, Anne Bogart, Kristin Linklater, Joe Goode, and more. A former dancer, she has trained at the Academy of Dance Arts, the Jordan Academy of Dance, Gary Geis Dance Company, and Gregory Hancock Dance Theatre.

Georgeanna has been seen onstage at the Children's Museum, the Indianapolis Symphony Orchestra, the Indianapolis Museum of Art, NoExit, Q Artistry, Eclectic Pond, Defiance Comedy, SiteLines, Susurrus Dance, among others. She is a published author on the topic of creating museum programming for actors (IMTAL journal), as well as a featured presenter at the International Museum Theatre Alliance conference. An experienced director, Georgeanna’s work has been praised by critics citywide. She has previously worked with students at Pike High School, Fishers High School, Heritage Christian School, the Project School, Christel House Academy, and Herron High School. Georgeanna is also a certified Pilates instructor, a second-degree Black Belt in Taekwondo, a mother of four, and can do a one-handed cartwheel. 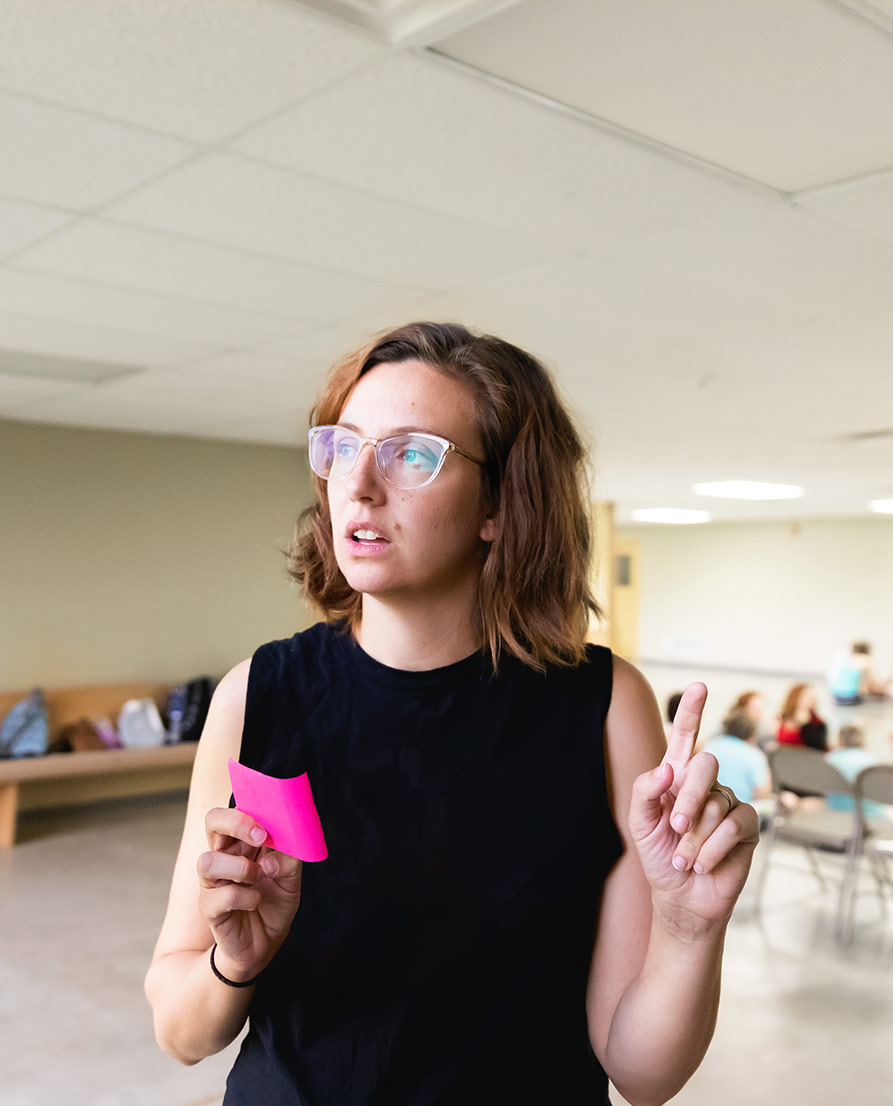 After growing up in Indianapolis, Lillian attended Yale University in New Haven, Connecticut, where she studied the History of Art with a focus on Baroque painting and sculpture. She served as the costume designer for the Opera Theatre of Yale College for three years and designed costumes for several other theatrical productions. After two years in the jewelry and diamond industry in Boston, Lillian has returned to Indianapolis to dedicate herself to the local arts community. At React, she leads a merry band of costuming students, handles much of the company's day-to-day business needs, and serves as React's grantwriting powerhouse. Her spare time is spent on the textile arts, including knitting, quilting, and tatting. 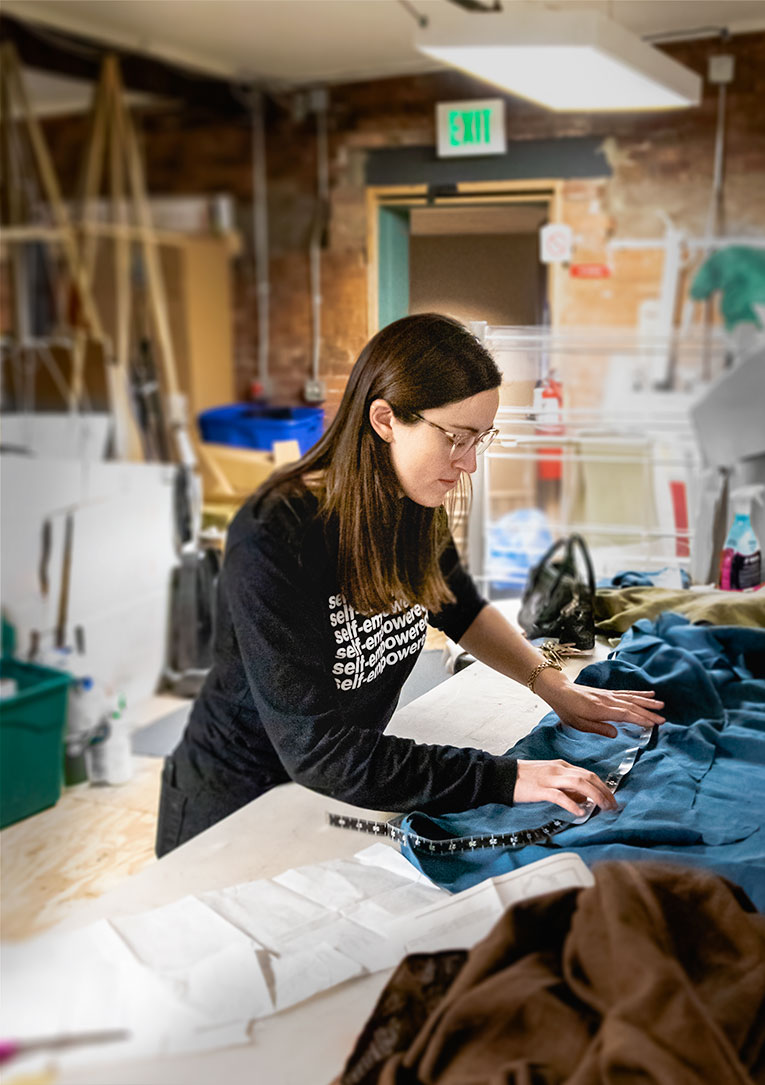 Ryan is React's Technical Director, and teaches classes at our Central State location. He's been part of the company since 2016 and balances his time between working with us, being the Artistic Director of Indy's "most adventurous theatre company" NoExit Performance, collaborating with a hefty handful of other local theatres, and trying his hand at urban homesteading. Believe us, anyone with the patience and drive to keep chickens within city limits is someone you want keeping the stages set and the rehearsals running.

As a professional in site-specific theatre and the Bouffant style of clowning, Ryan is a maestro at creating wonder and humor– whether that's through his playwriting, through his award-winning lighting design, or through his teaching technique. If you're looking for a masterclass on how to get a group of students razzled-and-dazzled to create awesome theatre, or if you're interested in an informative tangent about earth science or the ice age, come find Ryan in a React rehearsal room. 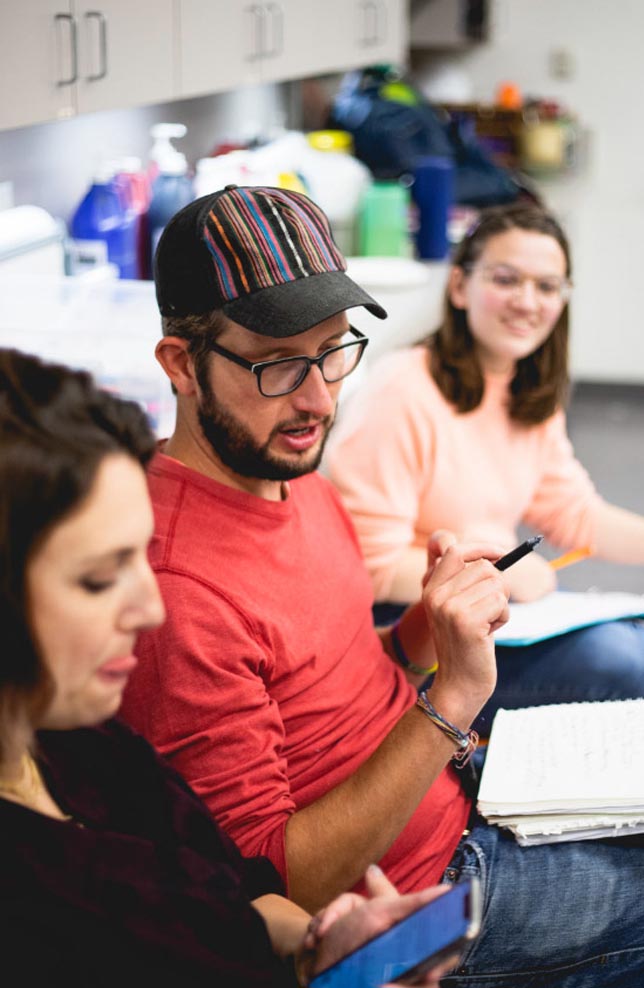 As the recipient of a Midsouth Regional Student Production Award in her junior year of high school, Gara can technically put in all bios for the rest of her life that she is an Emmy-award winning writer. More to the point, she is React's Outreach Director. Over her nearly five years with React, Gara has extensive experience with the business and artistic sides of the company. When she isn't devising theatre with K-3rd graders, Gara can usually be found managing communications and registration, connecting with donors and sponsors, and handling React's social media presence (please like and comment). She also serves as a managing director for NoExit Performance, and independent theatre company in Indianapolis that specializes in site-specific work.

If you're on the lookout to discuss heist movies, the truly impressive creativity of young kids, or the musical stylings of Hozier, feel free to find Gara. Her name rhymes with Sarah. 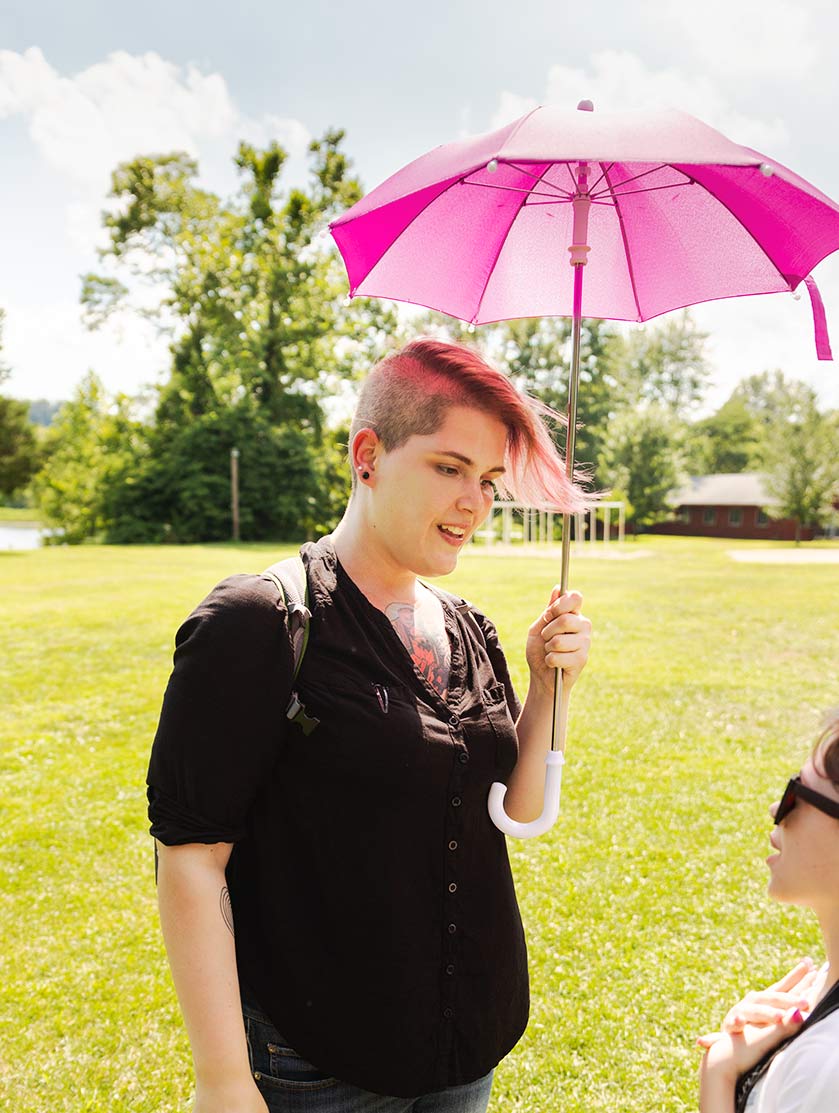 Jaytel is React's Creative Director, and if you've scrolled through our website or bought merch from us you've seen his design skills firsthand. Over the past eight years, Jaytel has been part of React as an actor, teacher, tech lead, photographer, videographer, intern, and designer. He brings a true maker mentality to every single thing he does, and has worked with many of our students who have found a home behind the scenes at React. If he weren't busy being an award-winning web designer in New York, Jaytel would be the director of a React tech crew capable of putting a performance on Mars.

If you're looking for someone who can give you a dozen designs of a logo while discussing 90s hip hop, flag down Jaytel when he's in town. 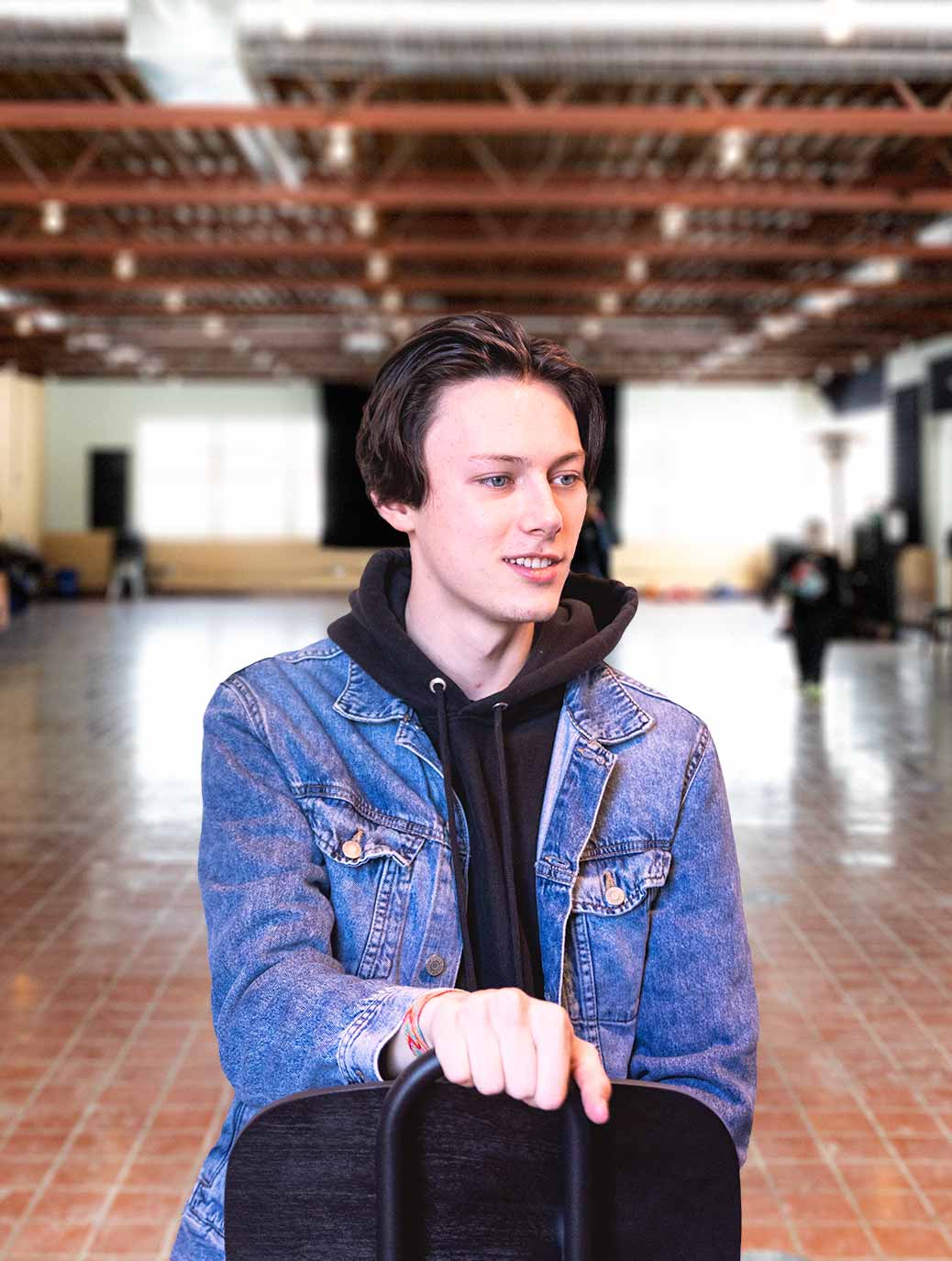 Viviana Quiñones-Fabre has a Master's degree in Community Social-Psychology from the University of Puerto Rico, Rio Piedras campus. She also obtained a B.A. in Psychology with a minor in Theatre from the same institution. She learned and trained in Theatre of the Oppressed with Professor Rosa Luis Marquez. Quiñones- Fabre is passionate about the idea that art can empower communities by promoting social change through awareness and citizen participation. She explored this idea in her thesis project "Teatro del Oprimido para la Psicología Social Comunitaria: experiencia con estudiantes de escuela primaria"(Theater of the Oppressed for Community Social Psychology: experience with elementary school students). She enjoys providing Workshops about Theater of the Oppressed to different populations including psychologists, graduate students, undergraduate psychology students, and elementary students. She also enjoys performing as a classical ballet student. 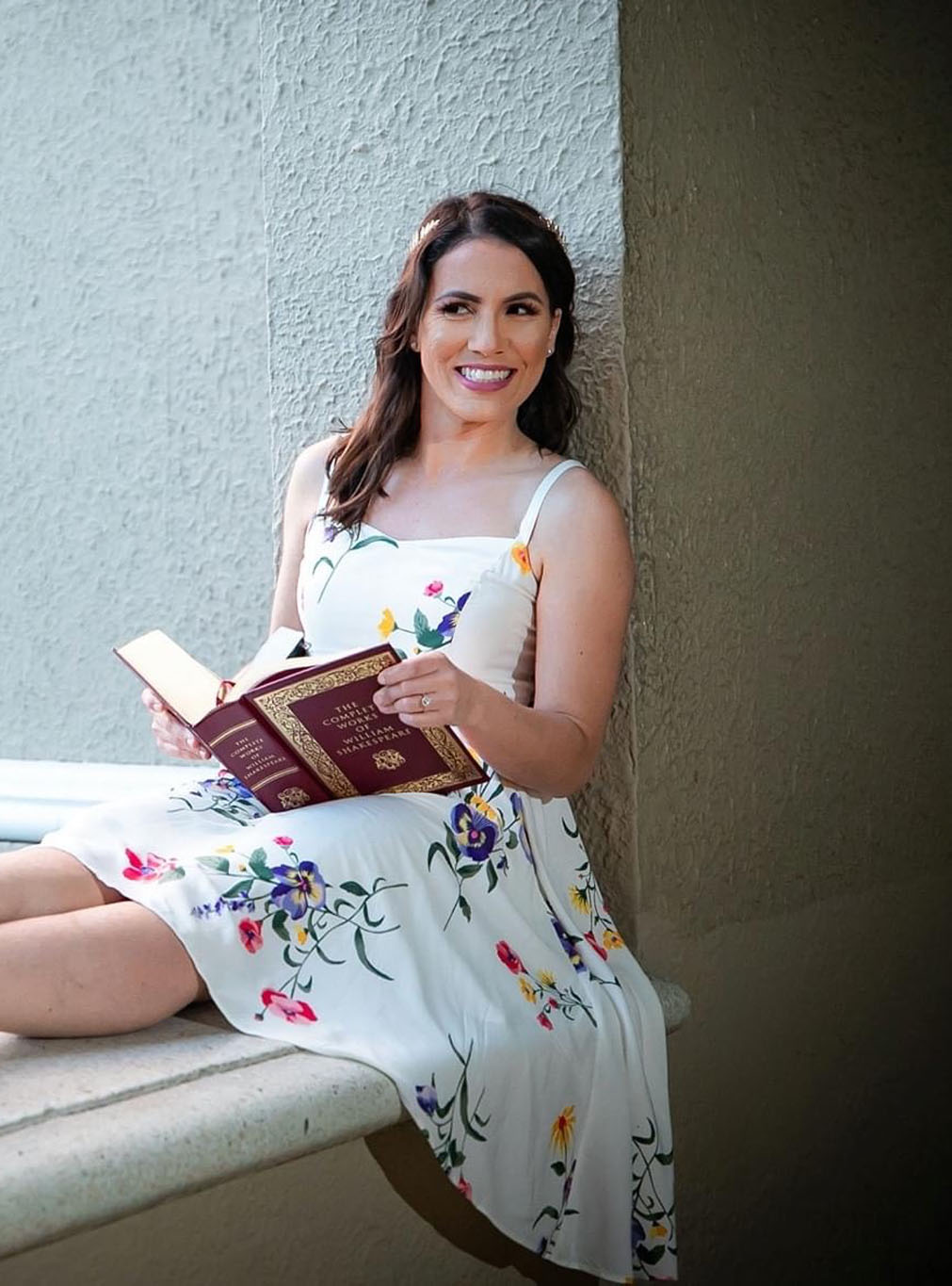